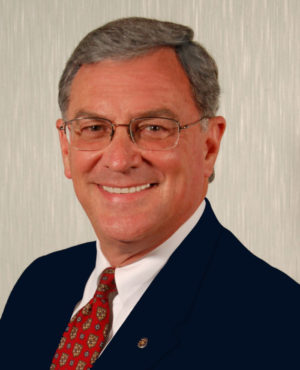 William B. Raines Jr. is the sole owner and chief executive officer of The Raines Group, Inc. a commercial real estate management, leasing and brokerage company, based in Chattanooga, Tennessee.

William B. Raines, Jr., retired as a Major General from the Army Reserves on 15 April 2000, after 32 years of service. His last assignment was to the Joint Forces Command (JFCOM) in Norfolk, Virginia as the Vice-Director of Strategy, Requirements and Integration (J8V).

General Raines was commissioned a Second Lieutenant in 1968 at the U.S. Military Academy, West Point, New York, where he also received a Bachelor of Science Degree in Engineering.

With 32 years of military service, he served in many important positions on active duty and in the Army Reserve. During the period June 1968 to June 1973, General Raines served in numerous active duty assignments in Okinawa (Hawk), Vietnam (Battery Commander on the Demilitarized Zone) and Fort Bliss, Texas. After leaving active duty, General Raines held numerous assignments within the 3397th U.S. Army Reserve Garrison in Chattanooga, TN and the 125th ARCOM Headquarters in Nashville, TN.

General Raines returned to active duty during Operations Desert Shield/Storm where he served as the Commander of the 3397th USAR Garrison from Chattanooga (the unit was presented the Army Superior Unit Award) at Fort Campbell, Kentucky during the period August 1990 to September 1991.

General Raines is a graduate of the Airborne School and the Army War College.